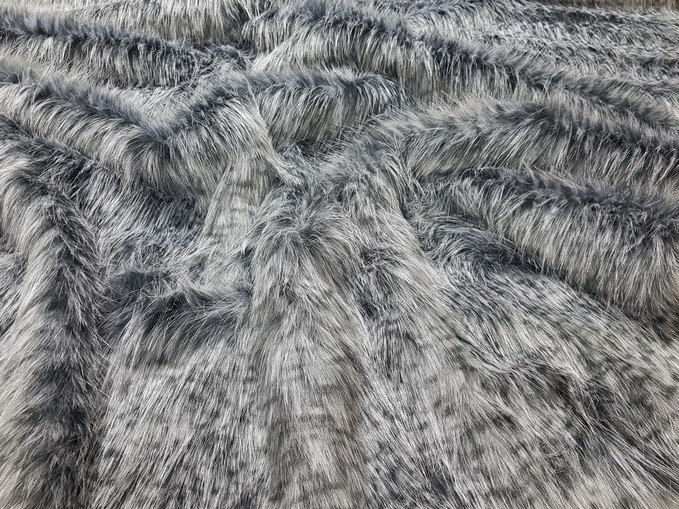 A beautiful silky silver-grey faux fur with dark grey spots.The fibres have a base of 3cm (over an inch) with Guard Hairs up to 7/8cm (3inches) The fabric is 150cm wide.

Egyptian Maus are a small- to medium-sized short-haired catbreed. Along with the Bahraini Dilmun cat, they are one of the few naturallyspotted breeds of domesticated cat. The spots of the Mau occur on only the tipsof the hairs of its coat. It is considered to be a rare breed.

They have anatomical, metabolic, and behavioural differencesfrom other cat breeds which could be considered evidence of antiquity or atleast uniqueness from other cat breeds. Some anatomical differences are theirlegs, which are slightly shorter in the front than in the back. They also havea skin fold under the belly, resembling that of the cheetah, which assists inrunning by allowing the legs to stretch back farther. TheEgyptian Mau can run up to 30 miles per hour (mph), which is faster thanany other domestic cat breed in the world.

Thanks to its unusually long hind legs and skin fold, theEgyptian Mau is physically built for speed.