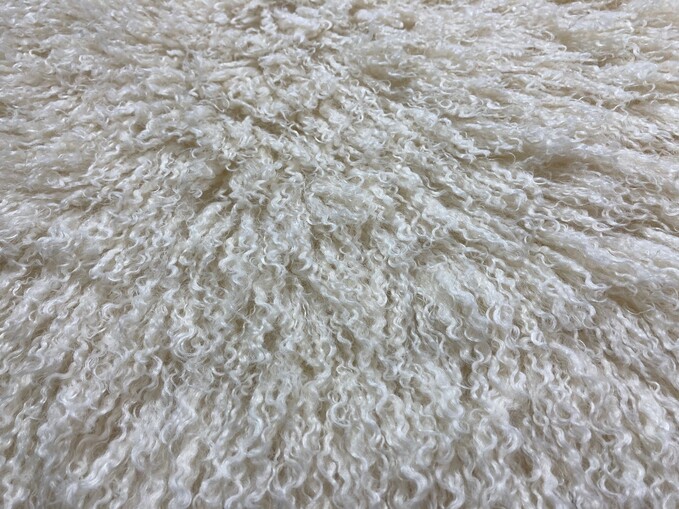 Our stunning Valais Cream faux fur is super soft, long and curly - a fabulous substitute for the real thing. The fibres are up to 9cm long (3 ½ inches) and have a fantastic shaggy effect.

Valais Cream is a natural and delicious cream colour; incredibly realistic with a strong likeness to the Valais Blacknose sheep.

With their fluffy, curly fur, sheep are already cute animals, but one breed from Switzerland takes the cute factor up a notch - the Valais Blacknose is a domestic sheep that originates from the mountainous state of Valais. Though they have been documented since the 15th century, it wasn't until 1962 that they became a standardised breed. These days, they're not only known for their adorable appearance but also their winning personality.

In fact, valais blacknose sheep have become quite fashionable and are in high demand. They make wonderful pets due to their friendly disposition and calm nature. But, of course, it's their appearance that really sets them apart.Their distinctive black faces are set off by the white curls of their wool. Aside from their face, they also have black ears, knees, hocks, and feet. To top things off, both males and females have spiral horns.