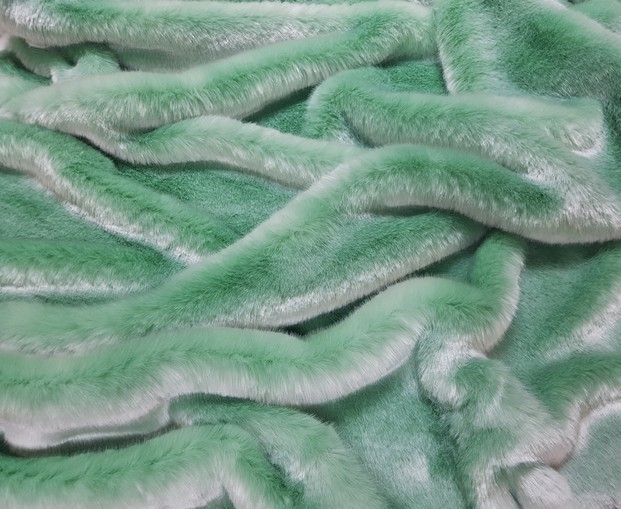 Tissavel Mint is incredibly soft as close to real fur (like Chinchilla*) as possible -  it's hard to tell the difference. Mint is a really dense but light fur making it even more realistic. Finished with a high sheen - A Delicate Sea Green/Aquamarine. Colour of the year in 2017 and trending for 2018 refreshing and revitalizing shade a 'must have'.