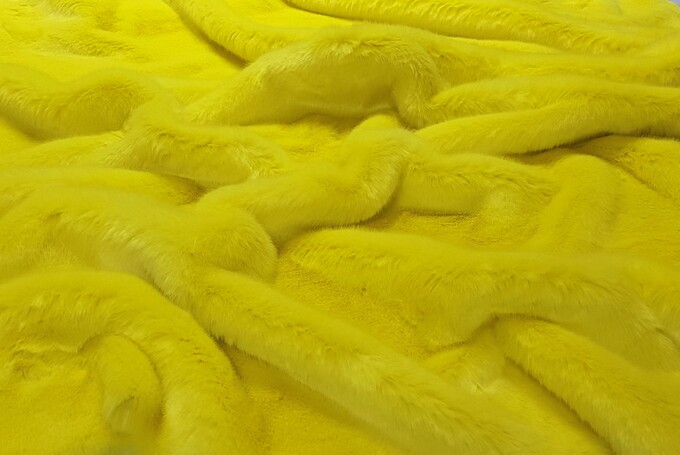 Tissavel Buttercup is a stunning bright buttercup yellow. As you expect from Tissavel it is amazingly soft and silky. The fibres are 3cm long (approx. 1 inch).  If you are looking for a little sunshine this beautiful fur is the one for you.

Tissavel Buttercup is the softest faux fur we have come across - on a par with Chinchilla.

Chinchilla is considered to be the softest fur in the world and Buttercup is a remarkable similarity in texture.

Questions
Question
Hi! What is this quality like ? Is it soft and minky or quite rough? We are interested in ordering for production- is it something that we can buy more in 3 months/ that is easily restock-able by you?
Answer (23/11/2017)
Hi Roberta - Tissavel Buttercup is the softest faux fur we have come across - on a par with Chinchilla. Chinchilla is considered to be the softest fur in the world and Buttercup is a remarkable similarity in texture. You will love it. If in any doubt do order a swatch. Many thanks.